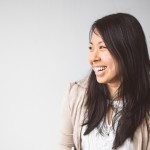 You can find Jenn doodling and blogging, drinking beer, or running around Philly.

10 Typography Tools from the Past You Still Use Today

Typography can easily make or break your web page, blog, business or application that you've just developed. The use of right fonts in accordance to the overall style and flow of a design is so crucial, that people will simply leave a page they've entered - if it proves to be difficult on their eyes. You've come across such pages multiple times.

few years, however, a large amount of tools have been built specifically to help you manage your typographical needs. With the increasing numbers of designers and developers opening up to the free and open web, there have been hundreds of tools built for the purpose of managing your fonts. And while they're all great, some of them have managed to stick around for several years - providing the very same service to thousands of users every day. I'm proud to be one of those users.

It's one of those efficient time-savers that can really accelerate the development of your custom pages that require a bit of CSS styling. CSS Type Set offers you the ability to modify text (and its background) for your own specific needs. You can change lettering style, font style, the spaces between letters and even position the content in whichever way is necessary. I've relied on this tool multiple times, and sometimes its just quicker than doing it manually.

We can safely assume that the average internet user is going to visit at least 100 websites every month, and during these visits it is more than likely that some websites will be more beautiful and modern than the others, leaving you with the urge of finding the right tools, scripts and fonts used to make such a website. Identifont allows you to search for fonts by several types of tags; name, picture, similarity and even designers who might have published the given font.

MyFonts have enabled anyone to lookup the fonts they're after for several years now, and this particular page is now an established medium for designers and developers alike to use for finding fonts through the help of an image. It's as simple as capturing a snapshot of the font you're after, and then uploading it to the WhatTheFont! database. I've had positive results using this particular tool, and it has one of the most extensive databases you'll find online.

Pixels are great, but using Em helps us to size everything accordingly to the size of the font of any given webpage. It takes some time to get used to converting (although many of current IDE's will happily do this for you), but the result is of significance. You can read about Em in detail on Wikipedia, and if you already know how it works - head over to PXtoEM and get to work!

You know when something is old when its still using Flash to operate. STC has been hosting this particular page for several years, and at the moment it has nearly 300 available fonts for preview. It's a nice little tool to use whenever you begin a new project, or feel inspired to try something new - going through all of those fonts take some time, but along the way you see what you like and what you'd like to experiment with in the future.

Flipping Typical is very similar to fontBROWSER, with the exception that you can preview all fonts in real-time. Rather than having to check each one separately, you can quickly see what is getting your attention. Quick tip: scroll to the bottom of the page and press the 'load more' button in order to extend the fonts to three hundred. An amazing collection of fonts that will leave you with wanting for more.

Save some extra time by using Font Squirrel to generate your @font-face files that will work for all browsers. Again, after some time - you just get used to it and it's not so difficult to do it manually, until then it's a very handy tool to use.

FontStruct lets you quickly and easily create fonts constructed out of geometrical shapes, which are arranged in a grid pattern, like tiles or bricks. When you're done, you're given the files to download that can be used on both your Mac and your PC - these fonts would work just any other normal fonts you'd download from the web. It's a tool to play with, and the more you practice - the better the fonts become.

It might not be for everyone, but there is definitely demand out there for tools like CSSWARP - it helps you to customize text and literally warp in many custom angles. When thinking of best possible uses for this particular tool - I think of portfolios and interactive pages that tell a story.

I want to wrap up with a tool that I learned about a couple of months ago - it doesn't really enable you to play with fonts in any way, but it does change the appearance of the website that you're reading. Readability is a bookmarklet that enables you to transfer a page to a pre-built template that is easy on the eyes, and provides a very soothing reading experience. Try it out, I know you'll love it.

Old isn't always bad, in this case we can say that some of these tools have been around for nearly a decade, and there is no reason why they wouldn't stay that way for another decade to come. The web progress is steady, but not as steady as to change the whole ecosystem of tools that people are so used to using.

What are your favorite typography tools, and what do you make of the ones in this list? Anything that you think you'll be using in the very near future?

Capture the feeling of street art with these graffiti fonts.Read more

10 Exquisite Font Pairings and Why They Work so Well

With so many different fonts out there to choose from, sometimes getting the right combination to use in your project can be a tricky task. This round-up uses 10 visual examples of exquisite font pairings and explains what it is that makes them work so well together. Read more