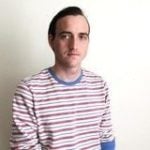 How to Create Translucent Decorative Typography in Photoshop

Some Type of Wonderful

2018 is proving to be the year of bold new trends in graphic design—typography most certainly not excluded. It’s a big time for bigness in text, and daring, decorative typography has taken the limelight on many of the Internet’s most forward-thinking and aesthetically relevant designs and websites.

The emergence of such a trend makes sense. Typography excellently kills two birds with one stone in its brilliant ability to convey mood through physical traits, while highlighting the meaning behind the words those letters type out. For too long, typography in design has been treated very conservatively, but the pendulum continues to swing back the other way as we march full steam ahead into 2018 with big type by our sides.

If you’re thinking about taking your typography up a notch, your head’s in the right place. Let’s set a mood of mysterious wanderlust using simple Photoshop techniques that emphasize decorative typography. In doing so, we’ll keep on par with the best tendencies of design today.

Go through this tutorial, then afterwards, you’ll be better prepared to traverse the wild world of decorative typography all on your own.

Decorative fonts reign supreme. One of the best ways you can approach bold design is by using typefaces that go above and beyond the boring norm. For this example, we’ll use Asche, the lovely freebie you can find here. I think it would make for a nice postcard or advertisement promoting camping.

I’m using this free stock photo as the base background image.

Load the image into Photoshop so we can apply some basic treatment. What we’re going for here is a dark vignette effect that will give the scene a dusky mood. Once the photo is up, do the following.

Click Command/Control J twice to duplicate the image twice. The third one (background layer at the bottom) is an extra in case we make a mistake, but we’ll leave it deselected for the duration of this exercise. Name the other two layers Background 1 and Background 2, respectively.

Click the Background 1 layer, then select the Brightness/Contrast adjustment layer. Set the brightness to -136, and contrast to -2. Make sure to create a clipping mask by selecting the image of the little down arrow next to a square, located at the bottom of the adjustment panel. Deselect the Background 2 layer for the time being, so your brightness and contrast changes show up.

We’re not quite finished treating the forest image, but let’s move on to some typography for now. Type the word “CAMPING” with your Asche Bold typeface. Set the font size to 350, and the color to #ad9485 (we’re working in RGB mode). The text should be centered on the canvas, and will sit between the Brightness/Contrast layer and the “Background 2” layer.

Once it’s clipped to the text, change Background 2’s blending mode from “Normal” to “Overlay,” then set the opacity of the layer to around 64 percent.

Now, let’s go back to the CAMPING text layer and give it a slight drop shadow. That’ll help highlight just a bit more. Hit FX -> Drop Shadow, then input the following settings.

Leave the other settings as is, then select OK.

We’re not done with text yet, but let’s take a break and go back to treating the background image. It still needs that vignette effect I mentioned before.

Start by adding a new layer right above the Brightness/Contrast layer. Do so by either clicking Layer -> New -> Layer, or by clicking the “Create a new layer” button at the bottom right of Photoshop. Once you have a new layer, fill it with black by selecting Edit -> Fill -> Use: Black.

Now let’s bring back some of that beautiful forest and give it a vignette effect. Change the name of the black fill layer that’s currently called “Layer 1” to something more useful that’ll keep you organized. It doesn’t matter what you name it, but I’m calling mine “Vignette Layer.” Once it’s renamed, add a vector mask to the layer by clicking the icon of the circle inside the box at the very bottom of Photoshop (to the right of the “FX” button). You’ll want to make sure that the vector mask tab is highlighted on the layer for the next part to work properly.

With the vector mask highlighted, select your Elliptical Marquee Tool (M). Now holding Shift and Option/Alt together, drag an elliptical marquee starting in the center of your canvas, until it just about fills up the same amount of space as the word “CAMPING.” This doesn’t have to be perfect but try to get as close as possible.

Once those marching ants are doing their thing, you’ll want to feather the selection quite a bit, to reduce any sign of hard edges. We’ll achieve that by clicking Select -> Modify -> Feather, and then setting the Feather Radius to about 700 pixels. It may seem like a lot, but after all, this is a large image we’re working with. (Scale down the feather radius next time you’re working with a smaller image.)

Click OK, then select your brush tool (B). Make sure the brush is set to Hard Round, with a hardness of 100 percent. Your color should also be set to black. Once everything is set up properly, set a fairly large brush size (I used 3500 pixels) and get to work. Brush everywhere a little bit until the center of the forest is exposed.

Don’t worry if too much or not enough forest is revealed. If you’re unhappy with the result, hit Command/Control + Z a few times to undo your last actions and try again! Once you’re happy with the way everything sits, click Command/Control + D to deselect the Elliptical Marquee. Now, reduce the opacity of your Vignette Layer to around 63 percent, to bring the forest out a little more.

Doesn’t that give it a cool majestic mood?

We’re almost done, but we have a few typographic finishing touches to add. Let’s include secondary text underneath the word “CAMPING.” I used this awesome free typeface called Gilded Hand. I think it goes well with Asche, and helps enhance the overall mysterious and wondrous vibe we’re aiming to achieve.

Press (T) and start typing to create a new text layer. Make sure it occupies the topmost layer of your entire design. Set the typeface to Gilded Hand, about 75 point font. Set the color to white. Type secondary words in all lowercase. I wrote “explore your inner wild” because I like the way the message correlates with the mood of the whole piece, but you can write whatever you want!

I liked the idea of placing the secondary text so it overlaps with the bottom of the word “CAMPING.” I did so because I think that decision is in tune with a lot of current design trends we’re seeing at the moment—namely, taking risks outside of what has been traditionally the safe play. In other words, we’re trading in small amount of legibility for a lot of original style. It’s all about balance with these things, though, so don’t ever completely disregard functionality to make a statement. In this case, overlapping the text works because it’s all still readable at the end of the day.

The last thing I did after placing the secondary text was give it a slight shadow (the same settings we used for the CAMPING text’s drop shadow). That helps bring it up and into view a bit more than if it wasn’t there, while not overwhelming the eyes.

Voila! We have our completed postcard. This is one of many ways we can approach decorative typography to help our designs go the extra mile, and keep them on-trend for 2018. Here’s the final design.

Once you complete this tutorial, go out on your own and try to find cool decorative fonts, then think about how you can use them in unique ways that will stun audiences and set your work apart from the norm. Better yet, customize a font to make your own decorative version.

With a little practice, I’m sure you’ll be fully capable of exploring (and unleashing) your inner wild of decorative typography in no time!

Fonts evoke emotion and feeling, solidify branding, and help create amazing designs. Here are some amazing typographic designers working today, with the tools and inspiration you need to achieve your own gorgeous text.Read more

Custom hand lettering has increased in popularity in recent years and is in great demand from clients. Creating the look by hand is a fantastic skill that one has to develop and refine for years. But a similar style can be created with a little bit of creativity and a good script font. In this tutorial Ill show you have to create a custom lettered look from an existing font in Adobe Illustrator.Read more

Creating a nice grungy stamped effect in Adobe Illustrator is quick and easy when taking advantage of swatches and the appearance menu. The look can be tailored to create an endless amount of effects and then saved as Graphic Styles to use over an over again. Let's take a look at how it's done.Read more