The Mac App Store is full of useful little gems for designers, and one area where the marketplace isn’t lacking is in pretty, lightweight alternatives to the Adobe Creative Suite. Of course none of these apps are as powerful as Adobe’s offerings, but they can be a lot friendlier sometimes, and some of them have surprising potential for their rock-bottom prices. 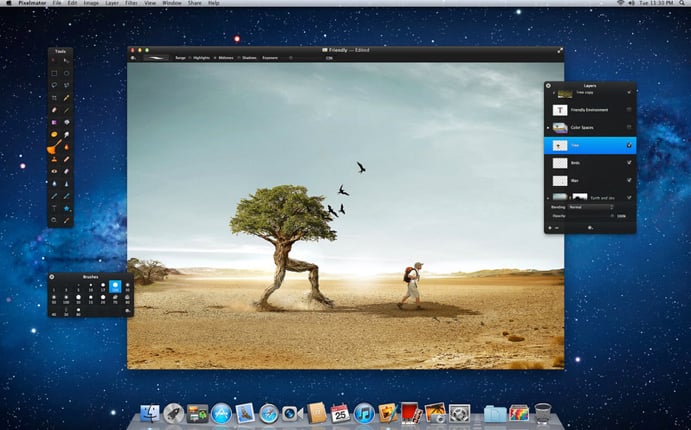 Pixelmator is a beautifully designed, easy-to-use, fast and powerful image editor. And it has been hugely successful, especially since the introduction of the Mac App Store. Pixelmator is one of very few apps today that can really compete with the power of Photoshop. Last year the Pixelmator Team also added vector drawing support to the app, and although it still has a long way to go (no gradients on vector shapes, or exporting to vector fomats yet) this is definitely one to keep your eye on in the future. 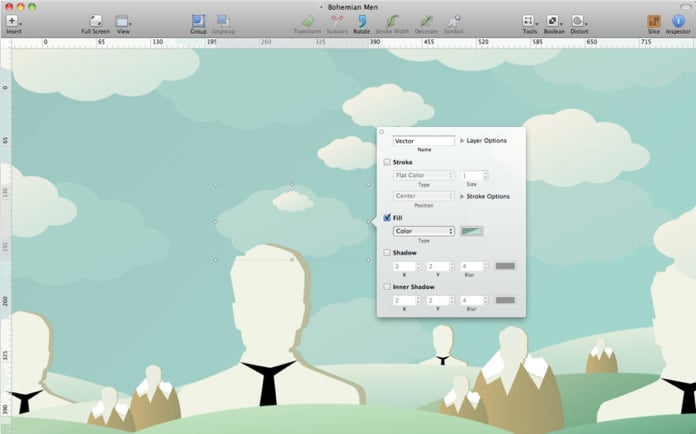 From the makers of the popular font organization tool Fontcase, Bohemian Coding brings you Sketch. A few quirky bugs aside, this is a very elegant and powerful vector drawing tool. Pieter Omvlee (the creator) is very attentive to his customers’ requests and comments, and I can see a lot of potential for this app. For casual users of Illustrator, this could be a great lightweight alternative for you to consider, it also has good (but not perfect) support for the SVG vector format. 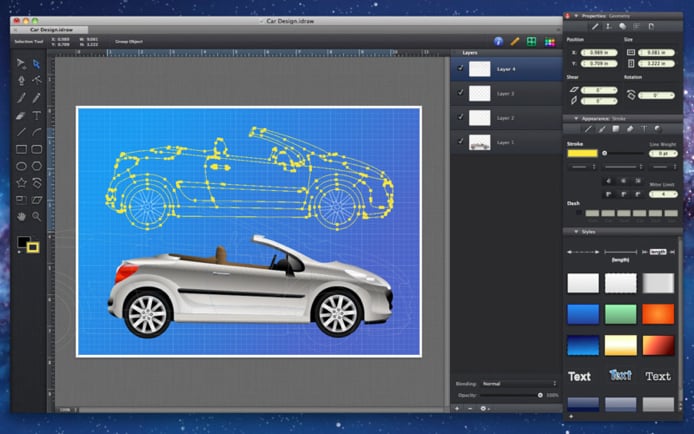 This is the Mac version of iDraw for iPad, and when you start using it on a desktop or laptop, it really highlights how powerful both versions of this app actually are. Notable features include SVG import and export, shape and styles libraries, multiple layers, and boolean path combinations. 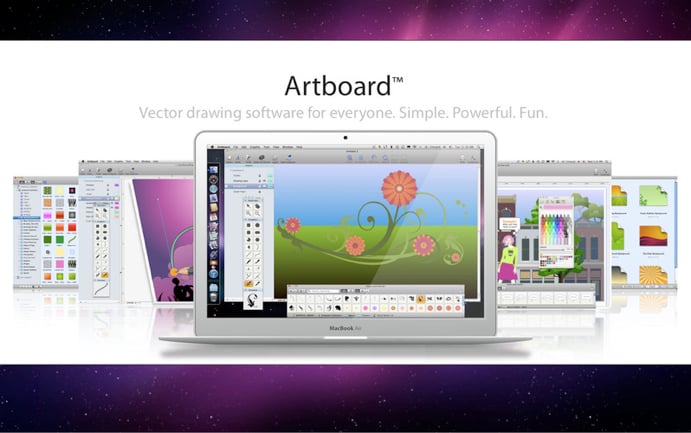 Artboard is a simple and direct vector drawing app. From a professional designer’s point of view, this app may be lacking in some key areas, and it doesn’t have the same “Mac” feel that some of the other comparable apps in this roundup do. But at the end of the day if you want a simple, vector drawing app with lots of presets and editable vector clip art, this does the job. In it’s own words, Intaglio retains the feel of MacDraw while harnessing the full capabilities of Quartz and CoreImage. Old timers soon feel right at home and those new to Mac drawing pick it up quickly. It’s safe to say that this app operates differently to most modern vector drawing apps, but it provides incredible control of the vector elements, can potentially create complex, photorealistic images, and has good import and export support. Keynote doesn’t need to be limited to creating snazzy slideshows and opening Power Point files. You may be surprised to find that Apple’s slideshow presentation software has a great set of vector drawing tools, and when you couple that with it’s ability to make clickable prototypes, Keynote becomes a very valuable tool. Hype is a tool for creating animated and interactive HTML5 web content, so although at it’s heart this isn’t a vector drawing app, the way it operates is very similar. And unlike some other apps, Hype uses HTML5, Javascript and CSS3 to render it’s content, making it an ideal tool for web designers. With one click you can have a web-ready, interactive document. From this roundup, Acorn has the highest overall rating on the Mac App Store, and it’s easy to see why. Upon first launching Acorn, it appears deceptively simple (only 12 tools), but then you start digging further into it, and it becomes apparent that this app has a lot going for it. Acorn is similar to Adobe Fireworks in that it combines vector drawing with bitmap editing. It also has layer styles! Not just layer styles either, but the ability to stack multiple instances, save presets and an impressive list of effects to choose from too (although some seem less practical than others).

How to Add Noise to Your Vector Graphics in Illustrator

This tutorial will teach you how to apply a noise effect to your vector graphics in Adobe Illustrator. Adding gradin to your vector illustrations can give them more character and a grittier appearance.Read more

Every time you need to visually represent some information, the best way to do it is using an infographic. An infographic can be used on almost any type of data that you want to visually present to your readers to make easy for them to read and understand the information in a bitesize manner.Read more

How to Turn a Map into an Artistic Line Drawing

Turning a Map into an Artistic Line Drawing it is easier than you think — you just need the right tools. Sure, you could use the Pen Tool in Illustrator to manually trace a map, or clean a Google map in Photoshop to remove labels (and then trace it into Illustrator only to see that the colors are not plain enough and you have hundreds of anchor points)... Or you could spend 5 minutes doing it this way.Read more

How to Vectorize a Vintage Illustration

In this tutorial, we will be using our scanner, Photoshop and Illustrator to vectorize an old illustration so we can use it anywhere we wish, like a logo, a badge, an image for our blogs posts, or even as a background for our pictures.Read more