Find out what CSS Grid Layout is, how it works and why it is going to make your life as a designer or developer easier with this accessible introduction to CSS Grid Layout. We will cover terminology, basic how-to's and an example layout to get you started with the new grid system.

What is CSS Grid Layout?

CSS Grid Layout is a grid system that can be used to define two-dimensional grid layouts on the web. This is the first time that CSS has had the ability to create such layouts and promises to simplify how designers and developers go about building both major page layouts and other minor interface elements.

Unlike previous methods for web layout (HTML tables and more recently CSS floats) CSS Grid Layout in a nutshell allows you to define a grid made up of columns and rows, and then instruct the browser where on this grid you want your HTML content to be displayed.. even if that means your content in a different order than it appears in the HTML structure. 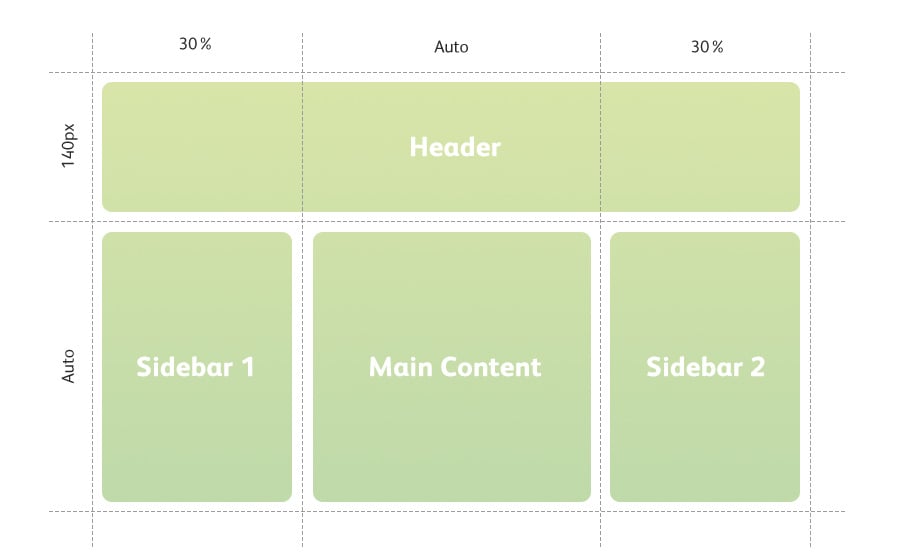 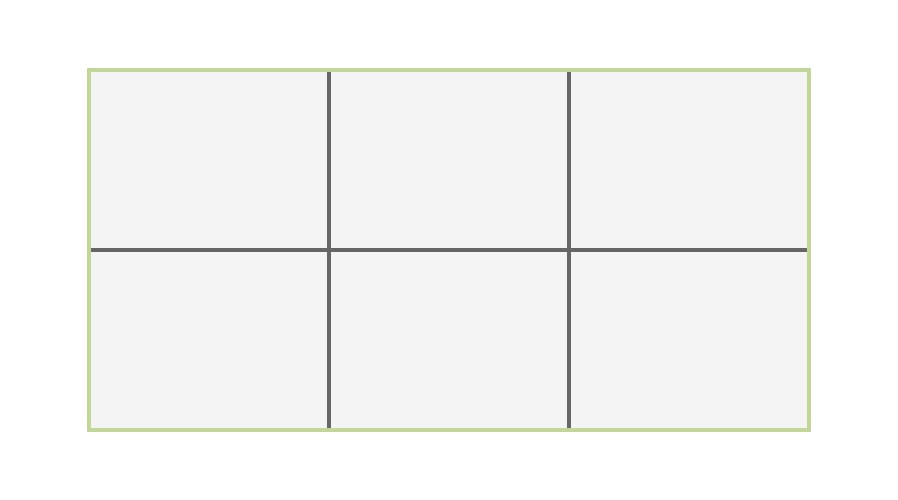 The grid is pretty self explanatory, it is the container element for the grids rows and columns. Grids can be nested within each other. But don't worry, unlike HTML tables most layouts should not require excessive nesting. 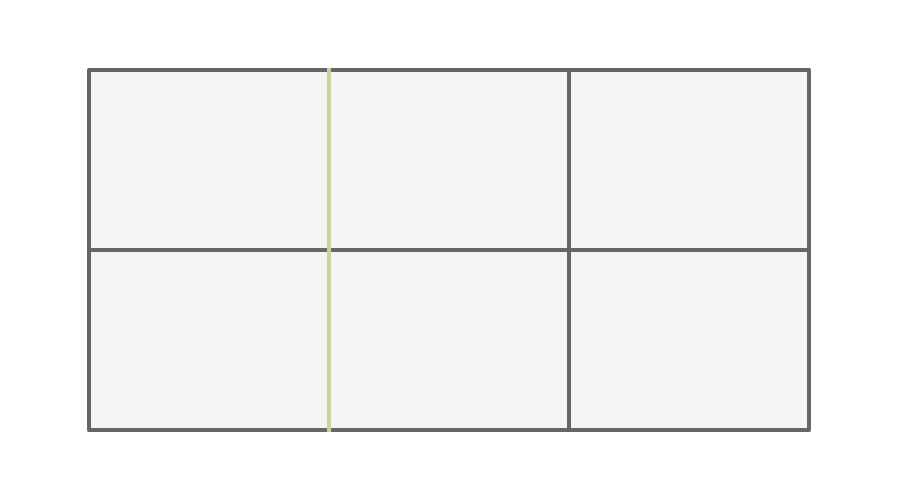 Grid Lines are the dividing horizontal and vertical lines which make up the grid, they are referred to by number or can be given a name. Content cannot be placed within lines, instead they are used to reference cells, columns and rows. 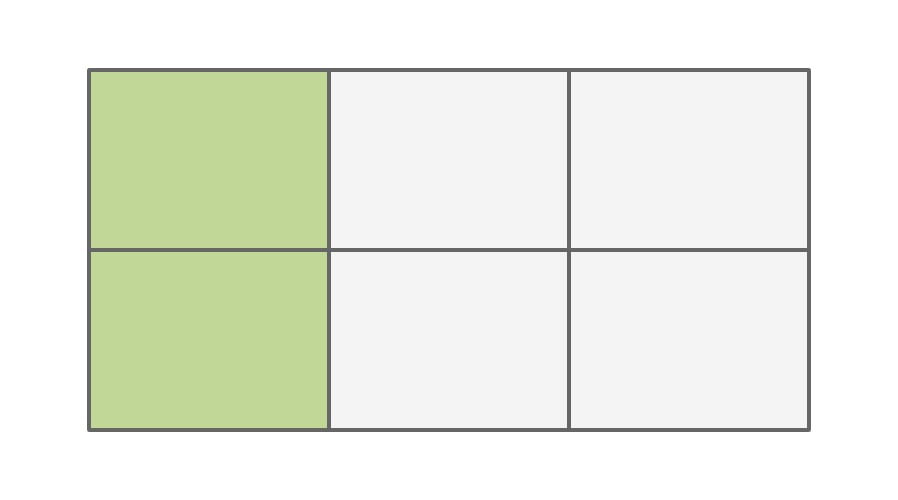 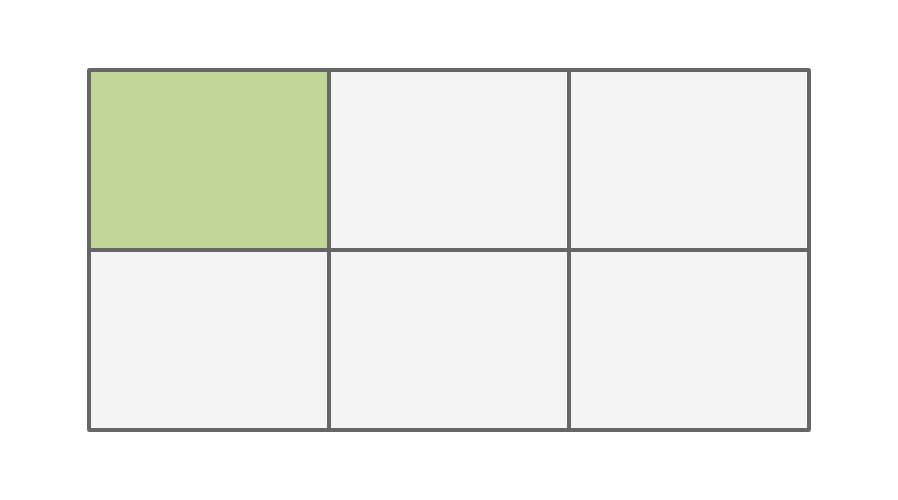 A grid cell is the intersection of a row and a column, defined as being the area between 4 grid lines. A grid area is an area on the grid between 4 grid lines, like a grid cell but can contain multiple grid cells that are next to each other.

Lets start with some basic HTML including a container <div> with 4 child <div> elements each with numbered classes. This is all we need to start laying things out with CSS Grid Layout.

How to define a CSS Grid Layout

We use the 'grid' display property to define a block level grid container, or 'inline-grid' for an inline level grid. The 'grid-gap' value defines the space between columns and rows. And then we define the numbers of columns in the grid by using a string of column width values.

'grid-gap' and 'grid-template-columns' can be defined with pixel(px), percentage(%) or flex(fr) units. Columns and rows can also be defined as 'auto' or calculations can be used. Defining 'grid-template-rows' is not required for the grid to work, the row height will be automatic if nothing is defined.

How to position elements on a CSS Grid Layout 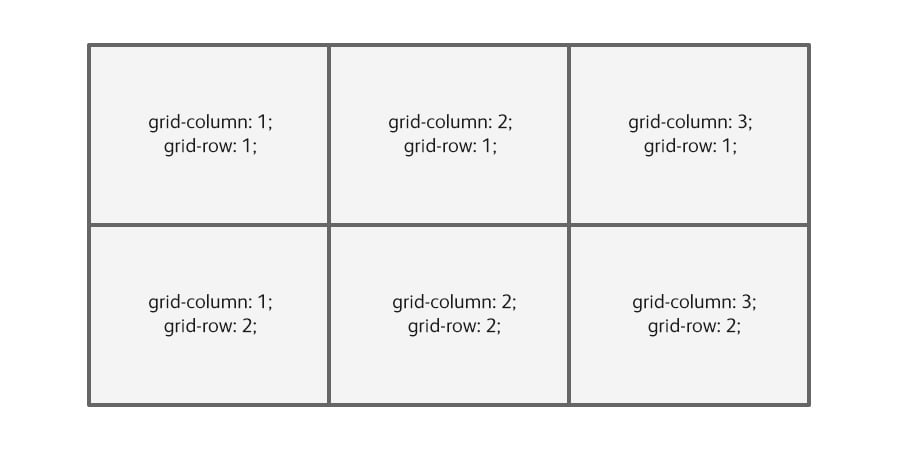 An element's position on the grid is defined by giving it a grid-column and grid-row value, for example the top left corner table cell will always be:

Sometimes an area will cover more than one table cell, in this case you can define start and end values for the column and rows. The values used refer to grid lines rather than the grid tracks, so for example an area that spans column 1, 2 and 3 would start at grid line 1 and end at grid line 4.

The shorthand for this is:

Or, it can shortened even further using the 'grid-area' property instead:

How to name CSS Grid Layout columns and rows

Columns and rows can be given names to make them easier to reference. This is done on the grid container elements by using square brackets when defining 'grid-template-columns' or 'grid-template-rows' values.

Columns and rows can still be referred to by number even after naming them.

I wrote a tutorial last summer on How to Move a Responsive Sidebar's Position with CSS which relied on using hacks that I discovered by chance, this isn't something that would normally be possible. CSS Grid Layout combined with media queries will provide a real solution to problems like this by allowing you to change where content is placed on the grid at different screen sizes.

This example changes the grid to a single column layout, and also moves the main content area above the first sidebar:

If we put all of this together, we have a very basic responsive page layout using CSS Grid Layout. View the example below:

Browser support is an important consideration when using any new technology, so be sure to check that it is appropriate to use for your particular project before jumping in. At the time of writing, CSS Grid Layout can be used with the latest versions of Firefox, Chrome, Safari and Opera. Internet Explorer only has partial support but more importantly you also need to remember that not everybody is using the latest versions of their browsers unfortunately. It may still be a while before CSS Grid Layout is widely used on the web.

If you're eager to learn more about CSS Grid Layout, here are some great in-depth resources:

Style Guides: A Design Mock-up for the Responsive Web (Updated)

Most designers have traditionally followed a set process when creating websites, but now that we are in the world of responsive design, and websites that are accessed on more devices than ever before. Using Photoshop to create design mock-ups is increasingly becoming flawed.Read more

How to Move a Responsive Sidebar’s Position with CSS

Most responsive layouts have multiple columns at full-size, which then collapse on mobile devices to accommodate the smaller display size. Unless you have unusual coding practices, the collapsed columns will always be automatically stacked in the order they appear in the source code. This means that columns on the left side of the screen at full size, will be at the top of the stack on mobile and vice versa.Read more

So youve decided to learn programming. The next question is, which language should you learn? This is a common hurdle that many complete beginners like myself find more intimidating than coding itself. Experienced designers, even those that work closely with web developers, might decide that coding isn't worth the effort, and in doing so leave thousands of dollars on the table.Read more

How to Create Animated Pre-loaders using only CSS3

Pre-loaders are essential on the web, they enhance the user experience by providing visual feedback to the user whilst waiting for content to load. CSS3 pre-loaders are an alternative to image based pre-loaders and have the advantage of being scalable and Retina ready.Read more